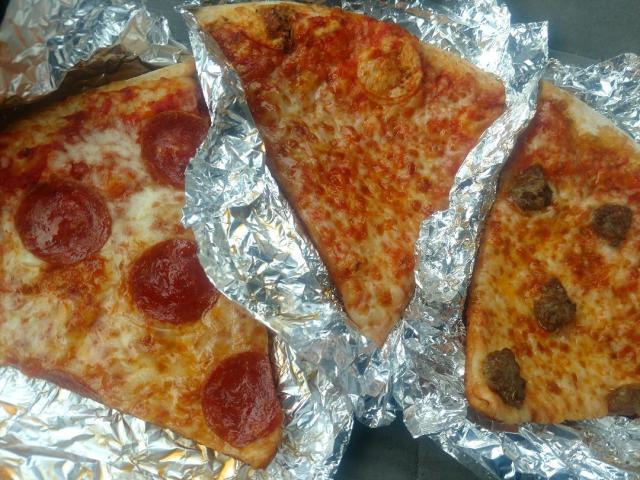 That’s what I got from visiting Michael’s in Monkton, MD about a month ago.

For the whole time I’ve been doing this I would periodically get the suggestion to write about Michael’s when I got the chance.   The advice came from folks who have ties to Northern Baltimore County and the Hereford Zone, and they’ve been going for years that the swear by it.

When I hear that I immediately assume that it’s not just about the pizza but the history of going to that place.  It’s been around for 23 years so maybe parents have brought their kids here and grown up with the place.  Maybe it’s a place friends went to after high school or any school, and became a staple of their life.   Maybe it evokes memories of something bigger than I can even imagine.

I can’t pretend I have any attachment to this place.  Well obviously I’ve made it clear I’ve never been here before.   But what I can do it get a feel for what brings folks here.  I’m going to presume that it’s more than about the food.  In many circumstances it usually is.

The area is charming, it’s quiet, it’s small town, and it’s folksy.  Well the last two might not be mutually exclusive but you get the gist of what I’m saying.   A random drive through the area right before Thanksgiving inspired me to locate the exact location of Michael’s and thankfully it was minutes from where I was.

I wasn’t sure when I was going to get to writing about Michael’s but the longer I waited the less of a chance it was going to happen.  And what a waste of a visit that would be.

The space is tiny.  For all the stories I heard it made it sound like there was room for some indoor dining if possible.  It was tinier than I imagined, not like that matters.  I got my slices to go and didn’t hesitate to think otherwise.

Now these were in those tinier display racks you might see at some other places.  Similar to where you might order a soft pretzel.  That sounds like a knock but it really isn’t.  It also made my decisions easier, as I went with a cheese, pepperoni, and sausage slice separately.   And with two slices and a soda for $6, you really can’t complain about what you’re getting.

Well you can complain, it just depends on who might be listening.  Remember, at the end of the day it’s only food.  Now some places may claim to be bigger than they are, larger-than-life, and influence you into having an out-of-body experience. Now free will is free will, and no one else should mess with that.  Sometimes you just want your pizza and not worry about any of the logistics, how artisanal (I’m over that word by the way) it is, where the ovens were imported from, and any of that other sometimes unapproachable nonsense.

This was good greasy pizza. The pictures can tell you that without having me to say anything.  This is a fun time that doesn’t pretend to be anything other than it is.  If I want avante garde I’ll know where to go.  During this time of year, you might just want food that’ll give you comfort with no thrills and no questions asked.

I don’t need to review every slice or give a breakdown of what I liked or didn’t like.  I will say that if there was no sausage and pepperoni I wouldn’t be missing it.  Not that they were bad, it’s just that the plain cheese on its own was good enough that it didn’t need any toppings, for me at least.   Can you see that grease?  Maybe the cheese is all you need. 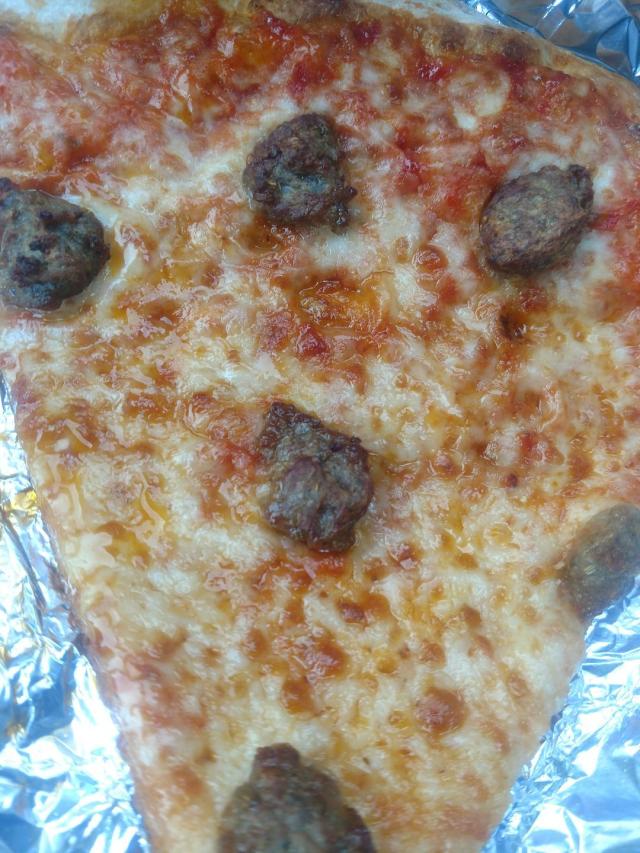 The crust was a simple crispy and sometimes soft and comforting dough.  Sounds good to me.  Oh wait…

I was there on a weekday so whatever energy I was supposed to feel or create myself, based on what others have told me, wasn’t there.  Maybe another time.  But I did feel some solid pizza run owned and operated locally.  And as long as there’s local business it’s something always worth supporting.

If you haven’t been to Michael’s, and are near the area, I would absolutely recommend giving it a go. Perhaps you’ll have a different or unique experience compared.  Sometimes that’ all that matters.  Sometimes you just want a slice without having to think too much about it.

This is as simple as it gets.