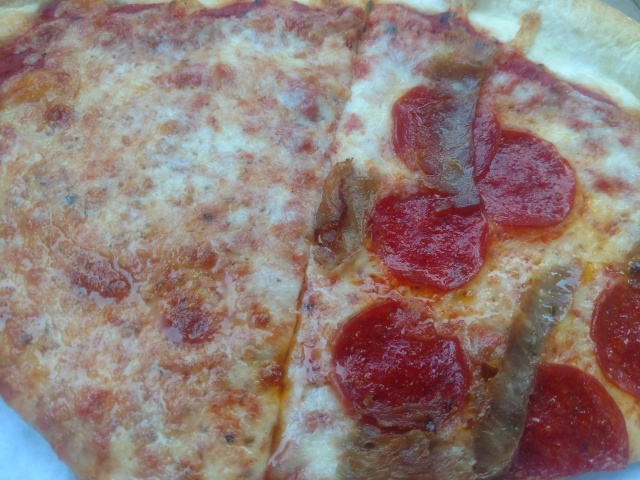 Which is what I always like to do.  And it’s safe to say that many of you feel the same.

We continue to see strip malls add more chains (or lose them), and along with local businesses fledgling, struggling, or choosing to close up.  We’re also seeing more national companies downsizing or closing their doors to the shock and sadness of some.  It’s an evolution and a changing of not just the guard, but of a lot of things.

This is no longer your mom and pops, mom and pop shoppe era.  Yes they do exist but you know what I mean.

When I was in Northern Virginia last December, doing some adventurous holiday shopping, I ended up in one of these typical looking shopping centers.  Too much looked to familiar and lacked any authenticity or welcoming vibe. 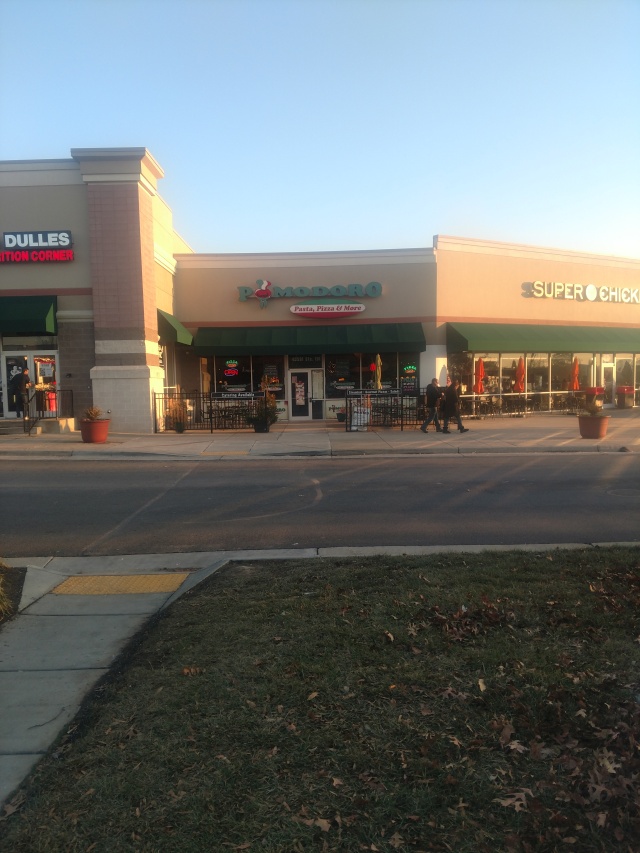 But in a sea of the sameness, was a magical place off in the distance.  Pomodoro Pizza of Sterling, VA.

It just stood out in a way that says everything is ok.  Places like this still do and will always exist.  Just the exterior of the place told me I was going to walk into something special. 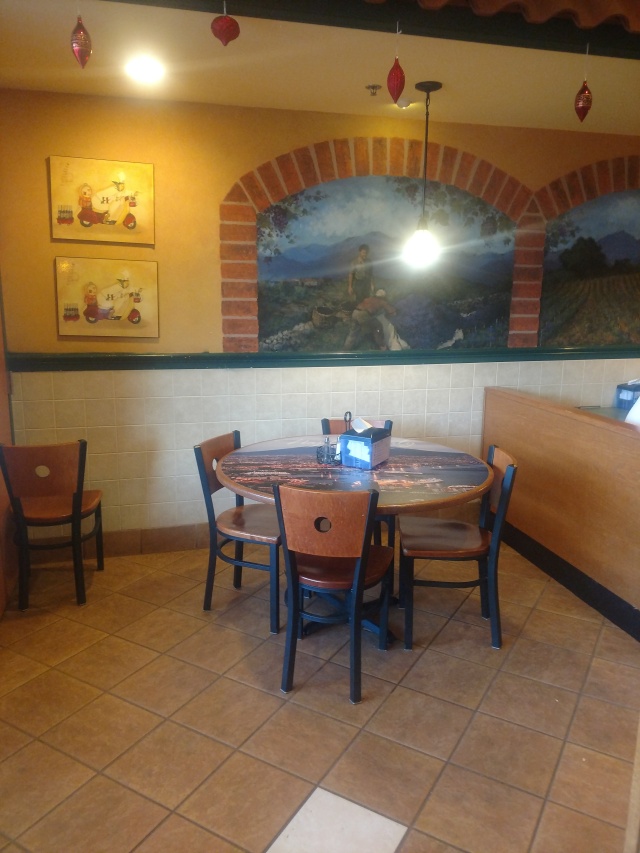 The interior had all he beautiful designs of what an Italian restaurant looks like.   And the energy in the place only felt good.  I felt like I was on vacation, even though I was a little over an hour from home.

When I venture out of the familiar confines at home, and discover a pizza place that I ordinarily wouldn’t visit, or even know existed.  But everything happens for a reason.

And then everything happens for a reason.   That was me repeating from dramatic build up, but that’s honestly where it stops.  The reason might be shown to me later, but the pizza itself was no quite as great as I hoped. 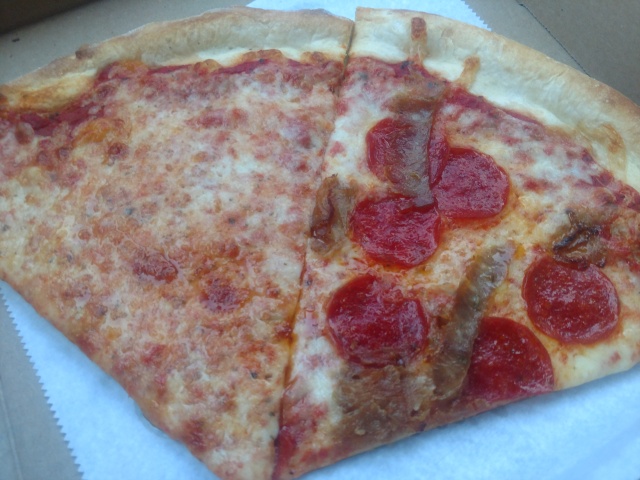 I ordered a cheese slice and a meat lovers, mainly because at the time most of their other slices were long gone, or there was a wait for new pizzas to come out.  Maybe I should have waited.  But I once again look at certain situations presented to me, and it felt like these were the slices I was meant to get.  Again, I honestly don’t know why, but that’s where I was. 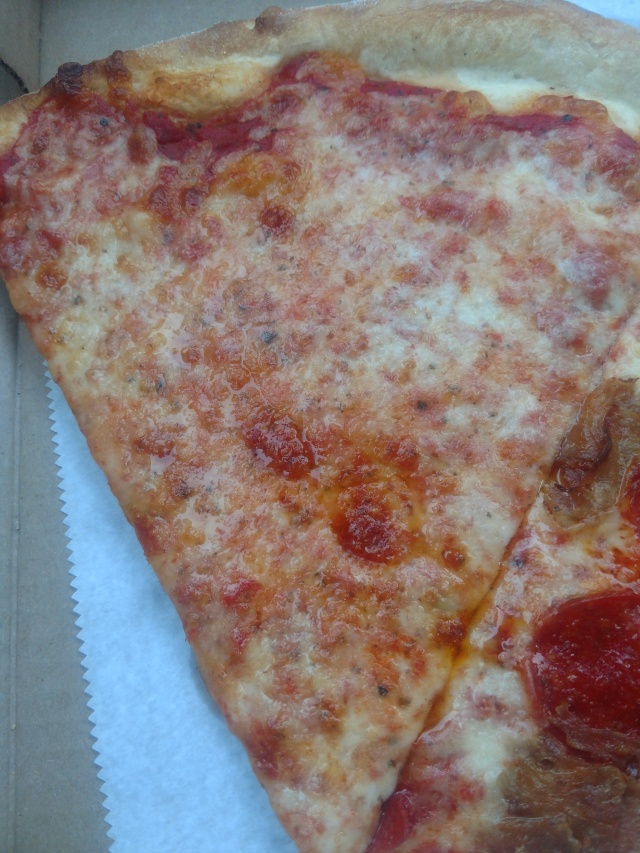 It’s not that the slices were bad.  It’s just that it lacked anything to be called amazing.  I can safely say the pizzas were average.  And my high expectations may have set myself up for disappointment.    I just know this place is capable of more. 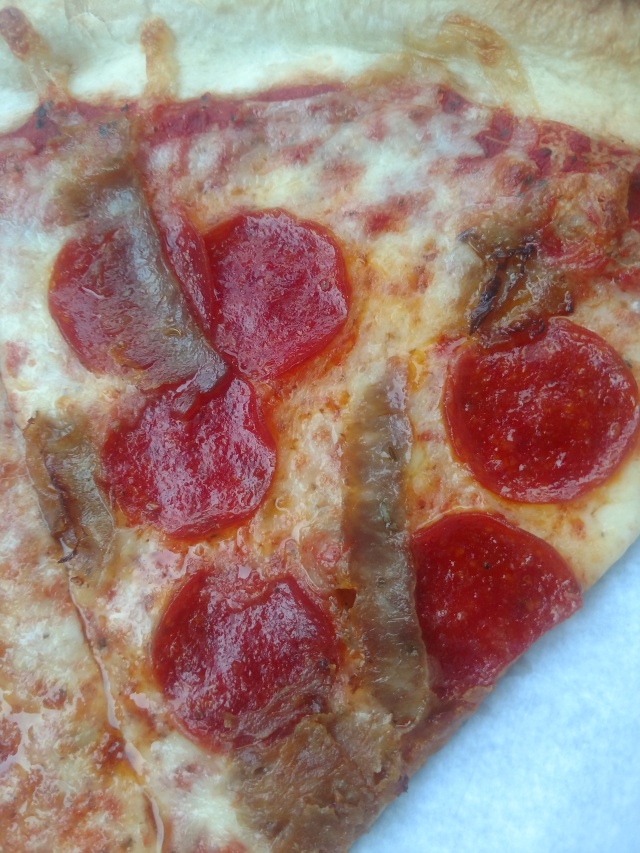 I don’t need to review either slice separately because they’re similar in quality.   The crust was fine, as was the cheese.   I’ve said before that I don’t love pepperoni or various red meats on my pizza, but that’s now how I judge pizzas with those toppings.  If it tastes good then everything else will fall into place.  That didn’t happen here.   And I know this place is capable of so much more.   I know I’m repeating myself, but I can feel it.  I can sense it. 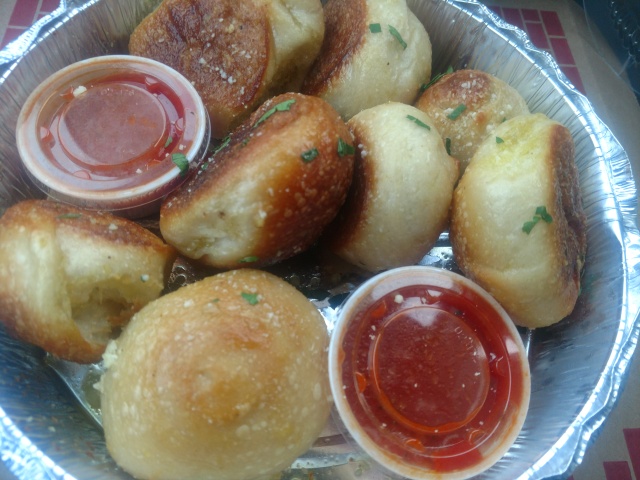 There was something funny about this day.  I ordered a couple of rolls, and I ended up with the family size.  Maybe I misspoke but I found this humorous.  There’s no way I had these all on my own.  They were distributed.  I promise you.   The rolls were solid, but again… 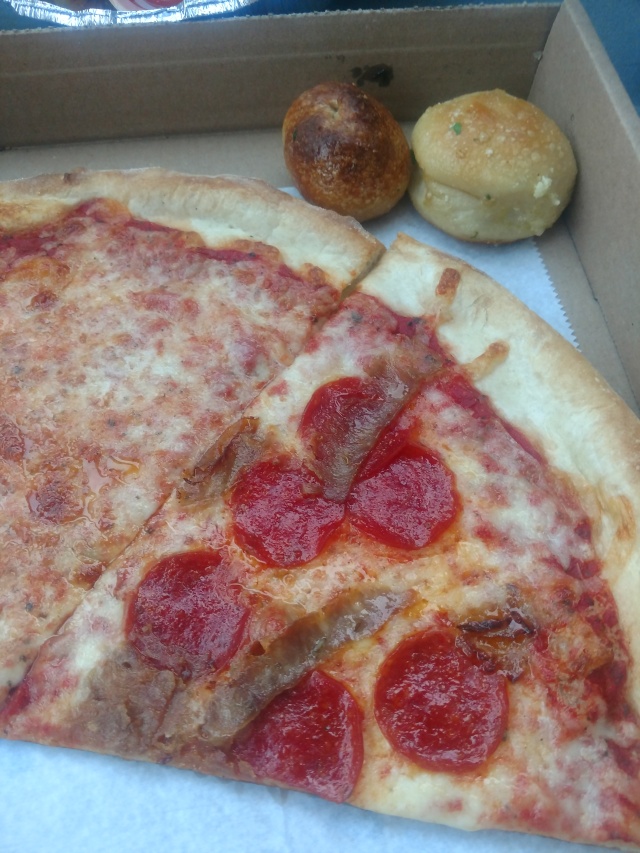 However, the staff was friendly and just being away gave me a feeling of rejuvenation.

I would love to get back here and get the real deal.  They have better pizza then what was presented to me that day. 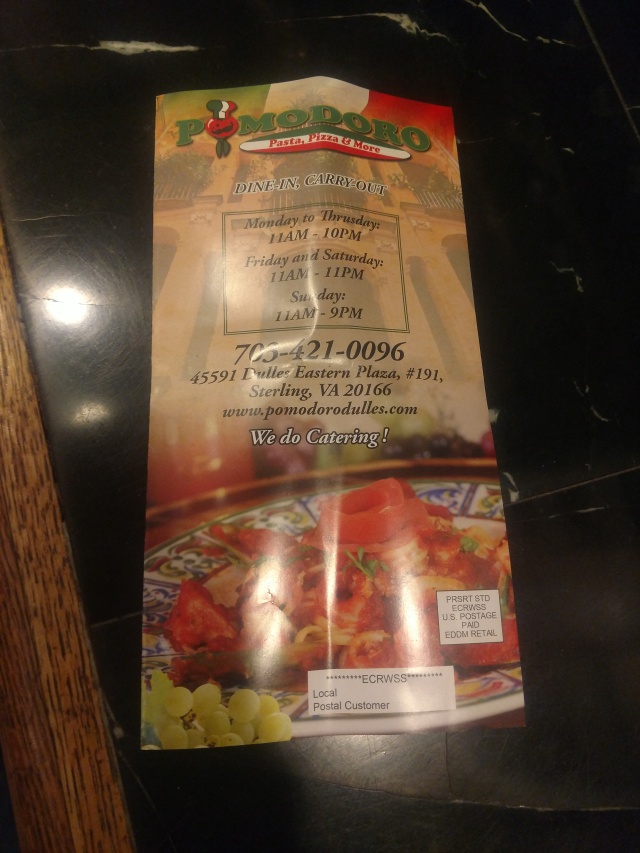 For more on Pomodoro, here is their story, their menu,  more about their pizza, and contact information.

Have a great weekend and support local!