I wanted to have some fun with this one.  I want to have fun with all of these posts.  But sometimes the universe throws you a curve ball.  Actually no it didn’t.  I’ve wanted to write about Newman’s Own for many months now.  The obstacles, or experiences might be a better word for it, came my way, and even though I never forgot, it took me a lot longer to get here.

Because of that I’m going to write about two pizzas instead of one.  And I’ll get it out of the way now.  Both were absolutely phenomenal.  And with all the choices you have on a frozen pie, that’s not a gimme, and it’s not always accurate.

The idea of giving this careful thought and attention came back to me earlier this week.  And we all know how great the actor Paul Newman was.   More importantly, is his philanthropic work that resonates with many of us today. 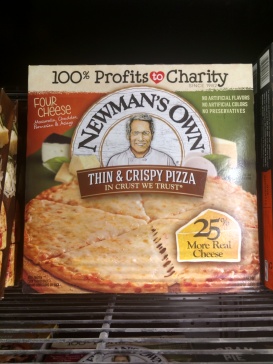 First things first, how was the pizza?  Absolutely incredible. I kept it simple, which I like to do quite often.  And when it’s summertime we don’t want to think too hard about what we’re eating. Simple food is meant to simply be enjoyed.  With that being said I went with the four cheese, and one of my favorites, the white with spinach.  Both were exquisite. 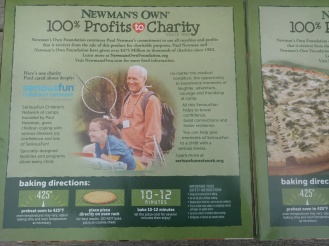 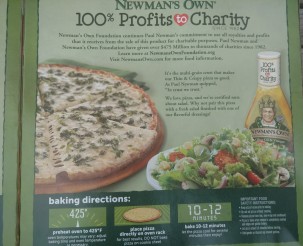 Maybe its knowing the good behind this operation.  And knowing that 100% of profits go to charity is going to make not just the pizza, but all of Newman’s Own products taste that much better.  Your mind is going to make it believe so. When it’s great, a belief in someone or something makes it even greater. I firmly believe that’s how the universe and our hearts and souls are wired.  But it also helps when his food is usually delicious.  This was no exception.

It was bigger than that. 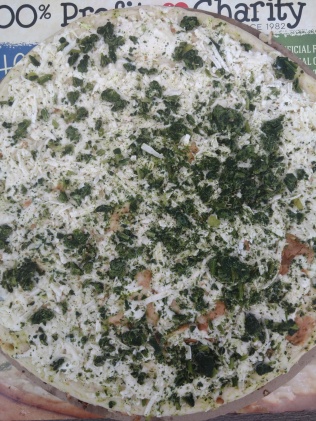 Maybe it was the place I was in, which might have been at peace, if even for a few moments, that both of these frozen pizzas turned out so amazing.   The thin crust and the golden brown goodness that these pies shows after heating told such a story.  I had this feeling, even before purchase and even before preheating stages, that I was going to eat something special. 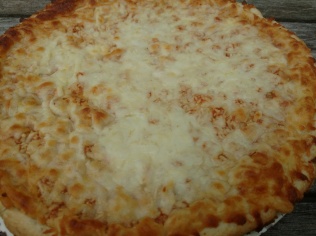 The cheese and white had the most beautiful, flaky and thin crust that didn’t fall apart after each bite.  You know many frozen pizzas are known to that.   They each had their own personality and their own ways of showing that great pizza doesn’t have to be delivered or eaten at a swanky pizzeria.  Sometimes the best is at home. 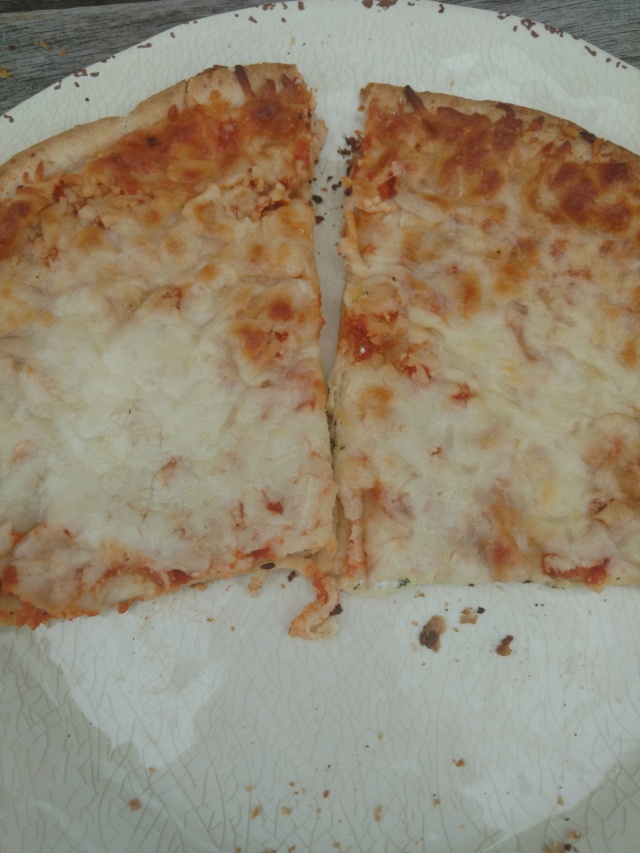 The white with the spinach combination is just a gift from beyond.  Spinach is great and the white cheeses are the perfect complement to one another.  Visually stunning. 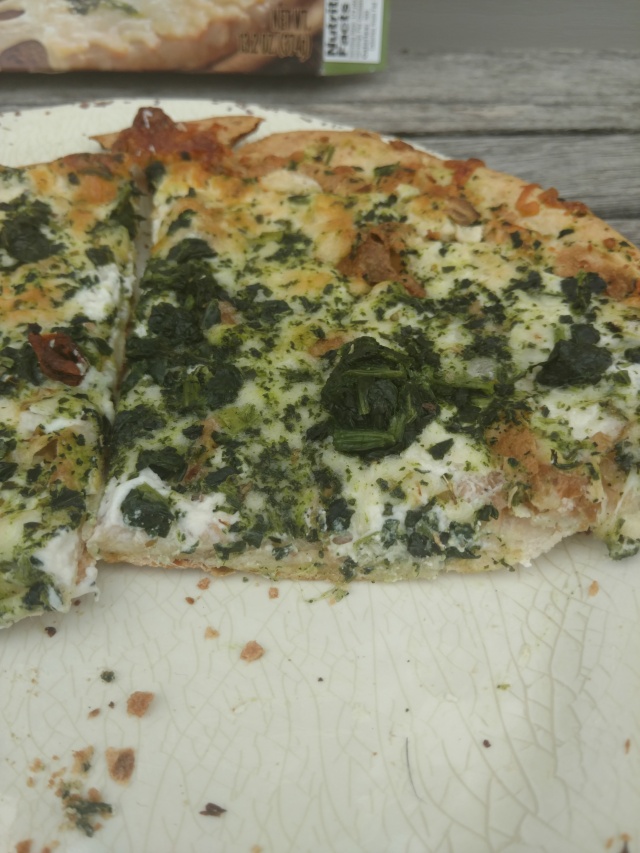 Now I’ve had these pizza pies before, but not like this.  I mean all I did was put them in the oven as 12 minutes later they came out glowing.   It’s something so simple that I think, no I know, represents something bigger than all of us.  To some, it’s just pizza.  To me it’s a metaphor.

It’s the most beautiful thing that can’t always be put into words.

So I don’ have much more to say, except wow.

There’s six more pizzas that I could try in the future, and I will.  And maybe in a future story I can elaborate on how amazing this foundation is.  When nearly $500 million has been donated worldwide, it’s something nice to be a part of, even if it’s just the ever slightest.

It’s good to be a part of good, and doesn’t take much effort.

It’ll be much sooner than later when I revisit this gorgeous entity.  I look forward to sharing more with you and with the universe.

For more on Newman’s Own, click here.  Here’s a link to their foundation.  And here’s a list of all their products.  And finally, more on the company, the charity, and there’s love for our animal friends too!  Yes! This is all happiness.  And it’s an extensive list of greatness.

Thank you so much and have a blessed weekend.