I mean that with all sincerity.

Ever since I set foot into my first Wegmans many years ago (that feels weird to say), the love affair has remained and grown infinitely.   What’s not to love?

If you’ve ever visited one (a location hopefully near you can be found here) you know the possibilities of happiness are endless.  You know it’s more than just a grocery store.  It’s a source of joy, peace, harmony, and more food than you know what to do with.

Within each Wegmans is a pizza shop (which I wrote about once, you can find that here), a sub shop, hot bar, bakery, deli, and all the other good stuff you’d find at many a grocery store.  But like I said there’s something cosmic going on in a place like this.  When you walk in to a Wegmans, be prepared to walk out inspired.  I’m not kidding you.

And speaking of such inspiration, while I was at my local Wegmans recently, I felt like the time was right to try a couple of their frozen pizzas.

I’m not that highly critical of pizza.  It’s not that serious.  I like to have fun with this, and that’s truly the whole point of doing this, or hopefully most of what you and I do.  My criteria for grading frozen pizzas might be different than when I get a pie or slice from a slightly upscale or fine dining establishment.  But the constant is that as long as the pizza tastes good and comes from a place of soul and feeling, I know it was prepared with the best of intentions.

This is why I feel it’s ok to be critical when a pizza may not live up to mine or your expectations.  And that’s what we have here.  One pizza is tremendous, the other leaves much to be desired.

I’ll begin with the latter. 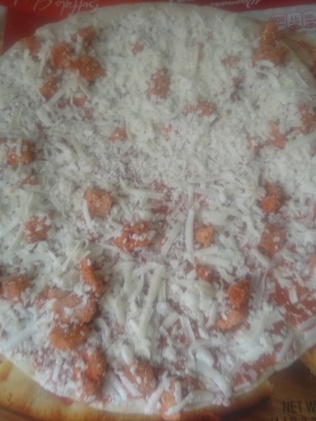 The Buffalo Chicken was disappointing.   For all how it appears on the box, it doesn’t translate to anything positive after the fact. 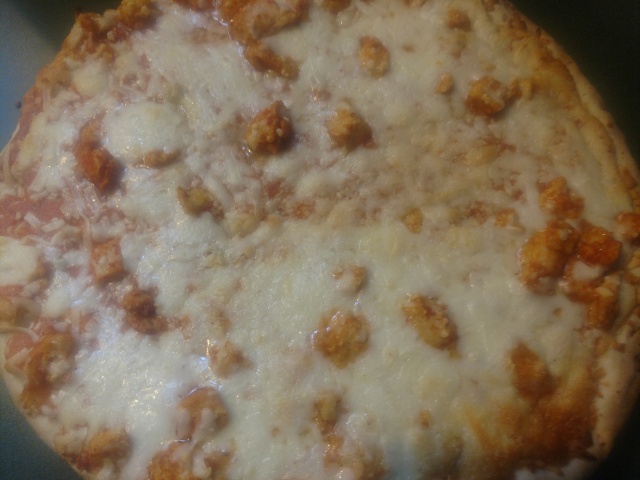 My first concern was how little chicken you actually see on the pizza itself.   But I’m not going to judge it on its cover or unwrapped before even heating.  But after the fact was really missing so much. 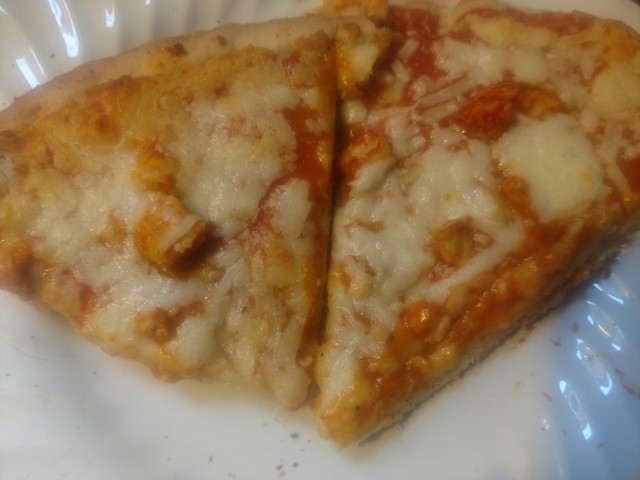 Whatever ranch and buffalo sauce I’m supposed to be tasting, I ain’t getting.  And while I secretly hoped some more pieces of chicken would appear, that was not the case.  The mix of mozzarella, white cheddar, and gorgonzola cheeses were non existent. It’s not that they weren’t there, it’s just that they didn’t seem to taste like any of the aforementioned cheeses.  It just seemed like mozzarella, bad sauce, and some poorly prepared white meat chicken.  The crust is really good, as is in the.. 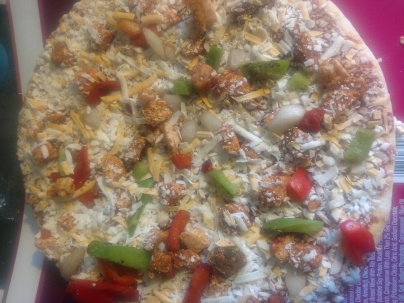 The Southwest Style is the pie you want to get.  This is the complete opposite of what I wrote above.   This mix of mozzarella and cheddar cheese is how you do it.   The pieces of chicken are light years ahead of the chicken in the previous pie. 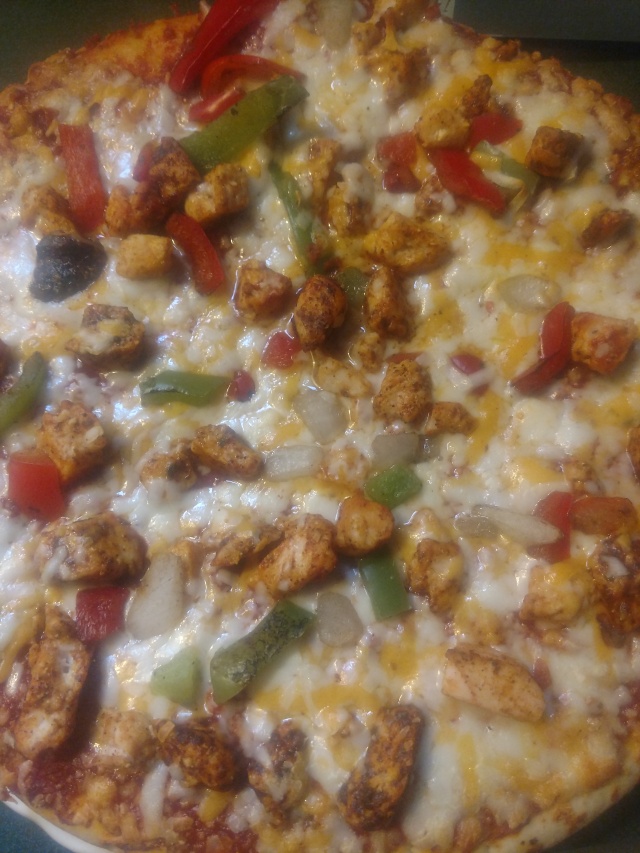 The taco sauce layered on top of the pizza is distinct yet it’s not invasive to anything else on the pizza.  That’s an important detail when it comes to a pie like this.  The peppers and onions really add a nice charm to a pie that you might overlook or not even find to your liking.

That’s what makes this pizza experience so fun.  If you asked me, I would’ve thought the Buffalo Chicken would be the pizza to look forward to going in.  My pleasant of all surprises is how great the Southwest Style is.  It’s fantastic.

With their frozen pies at $4 per pizza, it’s worth giving a look, and you can get a couple of meals out of it.  In a world where we’re always looking to save money, that’s a great deal.

The amount of pizzas and appetizing entrees in general to try is unlimited and unpredictable.  This place makes me so happy and even if I’m not writing about it, I’m here multiple times a week.

If and when the opportunity presents itself, I’ll try a couple more pizzas.  This might call for a bonus post outside of a Friday, if I find the time.