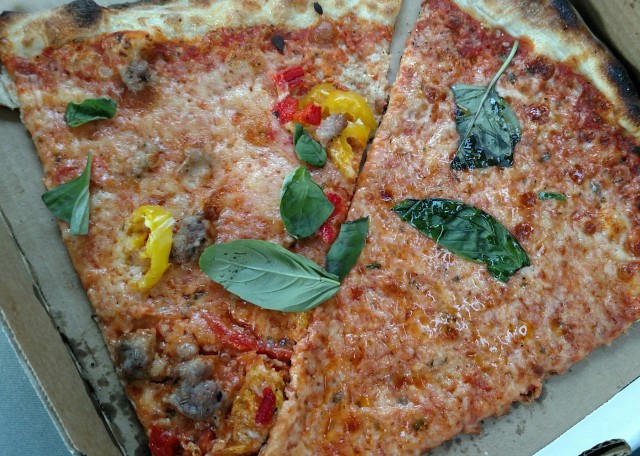 Or maybe just in one of my favorite cities, Philadelphia.  This was going to be just like most pizza posts.   I was going to talk about the pizza, perhaps the area, the atmosphere, and maybe some awe-inspiring trivia fact about the the establishment itself. 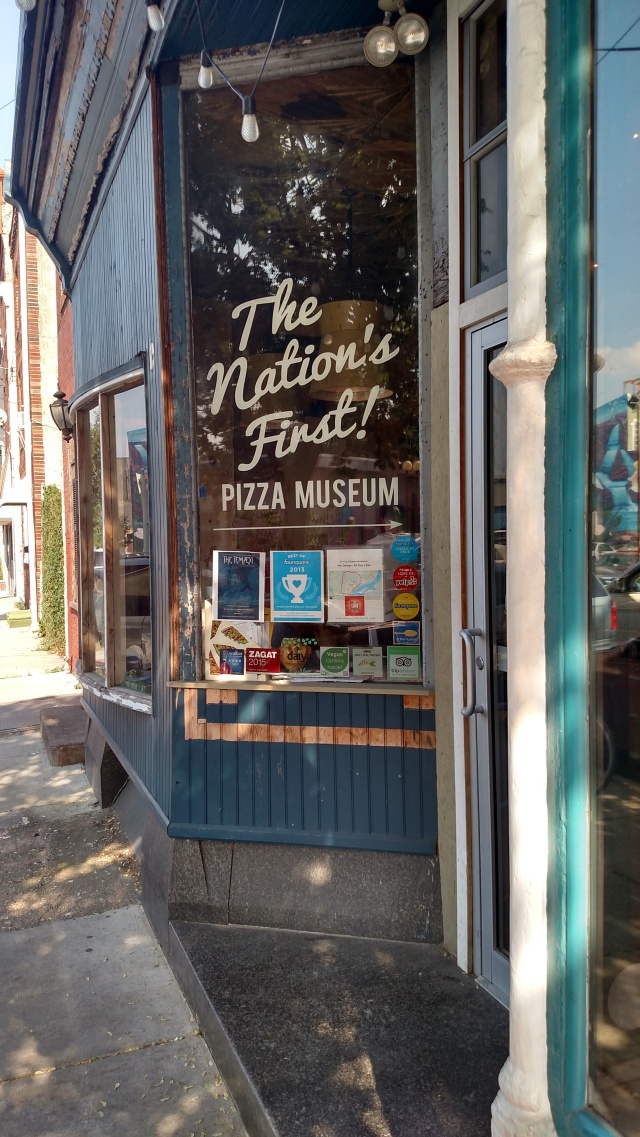 Well Pizza Brain out of Fishtown brings the inspiration right to you.  And it’s the first pizza museum in the history of the world.  This is a big deal.   And they set have a Guinness World Record for pizza-related memorabilia.  How cool is that?  I didn’t know this until after I already left.   I’ve honored and proud to say I set foot in there.  And that concludes this weeks post.  But seriously… 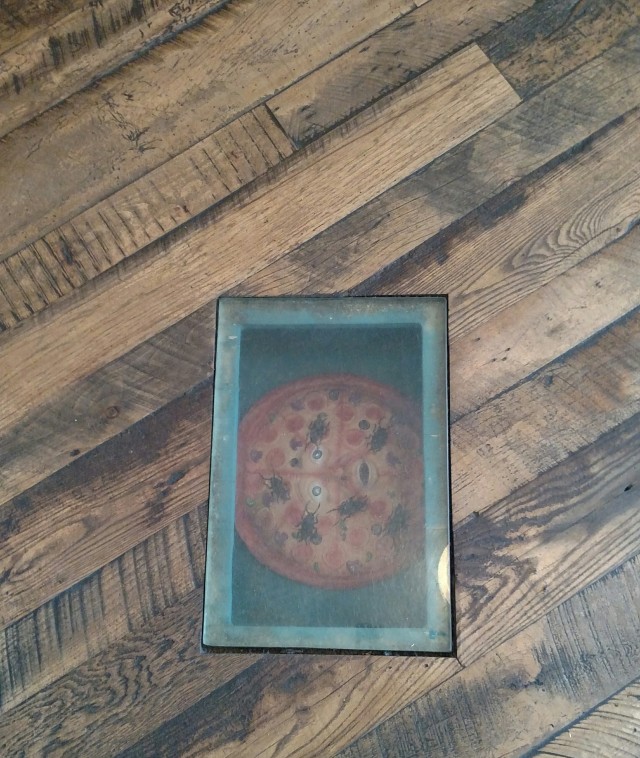 How do you top that?  I did take some pictures and they’ll be spaced out over this record setting word-for-word blog post (yeah right) for your  viewing pleasure.

Most importantly, how was the pizza?  I like the fact that pizza is the only thing being served.  The menu in-house and online has an endearing and bohemian vibe to it.  At least that’s my interpretation of it. 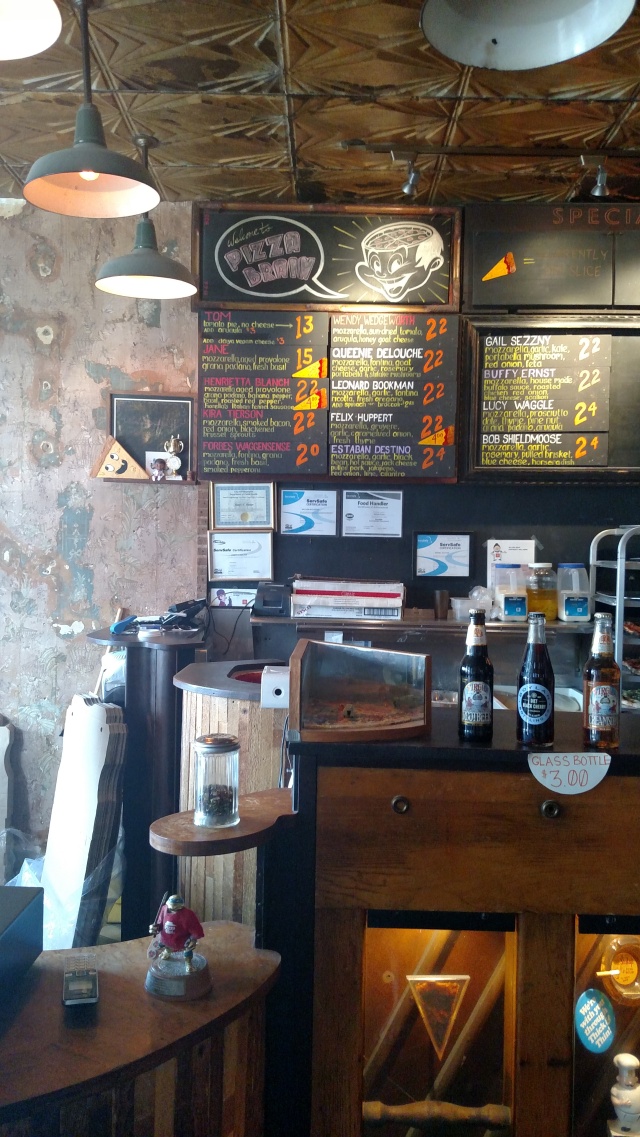 For my estimation the prices on a full pie are a bit on the pricier side.  Yet I envision you’re getting a lot of bang for your buck on this, since all three slices were really good.  And out of that, I thought two were tremendous. 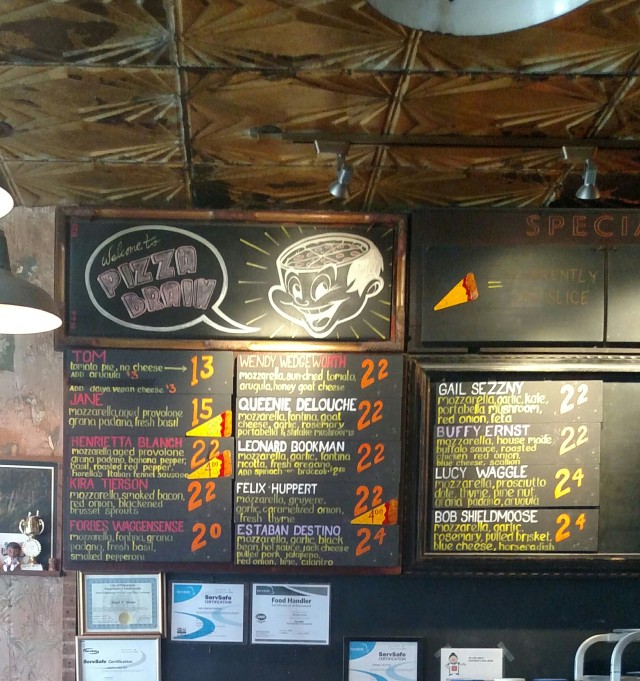 So yes I went with the three slices that we available for completist sake.  That and there was a credit card minimum. 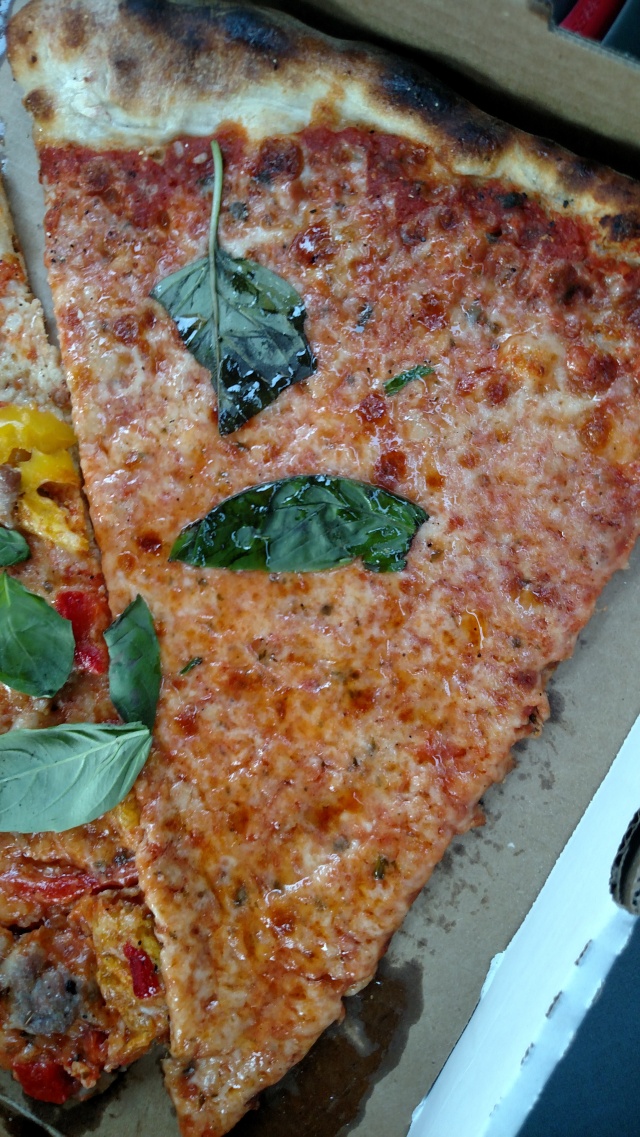 The Jane is what it name implies.  Grana Padano is the virtually the same as parmesan cheese.  Whether or not I could taste a difference doesn’t matter.  It may be so subtle that many of us won’t notice.  I thought it was just a great pizza.  The basil was fantastic.  It tasted fresh and  the made this pie anything but a plain Jane.   They had provolone!  Now that I could taste.  It added a bitter and our taste to this pie.   This also explains why the padano may have gotten lost or forgotten in all this. But man this was good.  Many of us like our cheese simple but this is was a great take on the cheese pie. 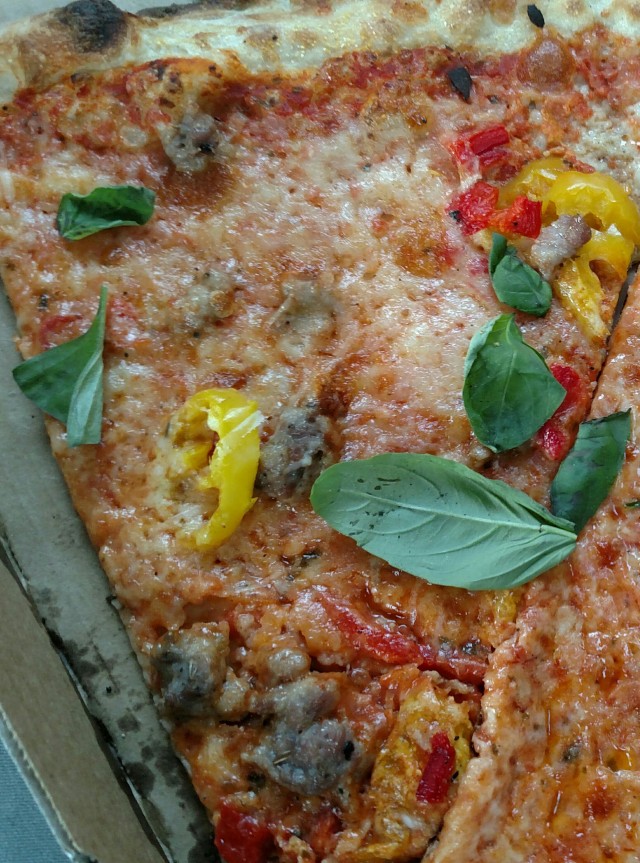 The Henrietta Blanch is essentially the Jane but with sausage and peppers added to it. That sounds so Philly and Jersey doesn’t it?  The banana and roasted red peppers were great yet didn’t dominate this slice.  The fennel sausage was on another level. 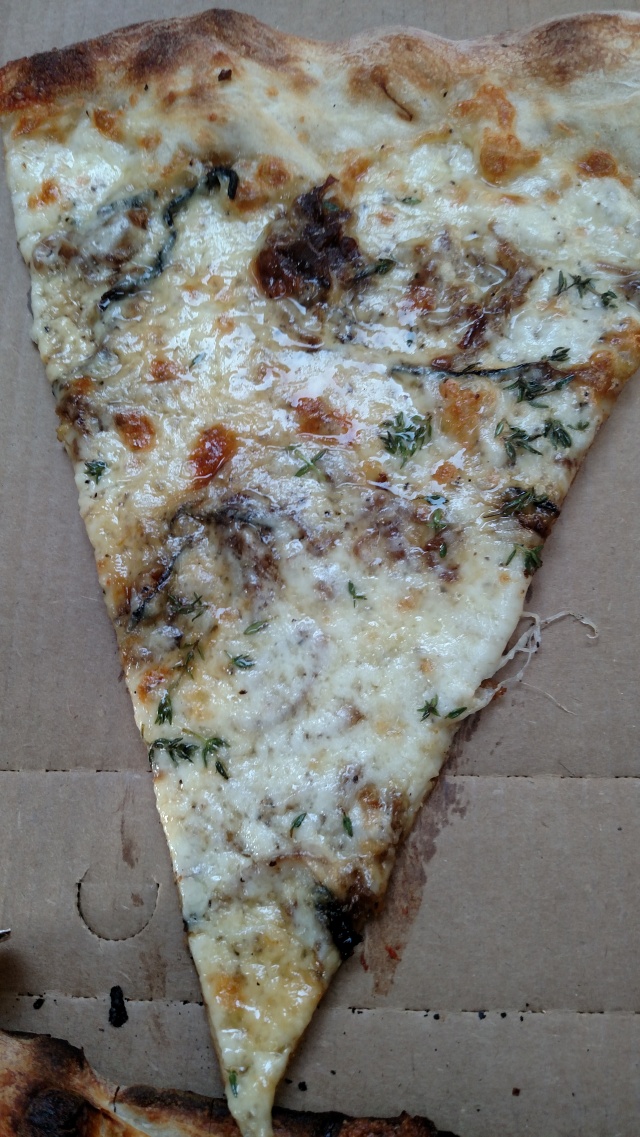 The Felix Huppert was not quite as good as the first two.  This isn’t a knock on it, even though by me saying that would make it feel like I am.  I love gruyere but maybe after having two parmesan based slices that I didn’t get to fully appreciate this as much.  I love garlic.  The more garlic on anything the better. And that worked here.   And with that I love thyme.  There can never be enough thyme. Yes I meant that in at least two ways.  Caramelized onion complete this other Philly special.

I saved plenty to eat for later.  The thin crust made these slices too.  If the crust were more doughy and standard, the pies and flavors would suffer.  There’s a lot of thought and care going on here.   And speaking of which I wish I had asked about their community based efforts.   Their contact info is here and may be able to shed some light on this.  I love the mystery.  I dig this place. 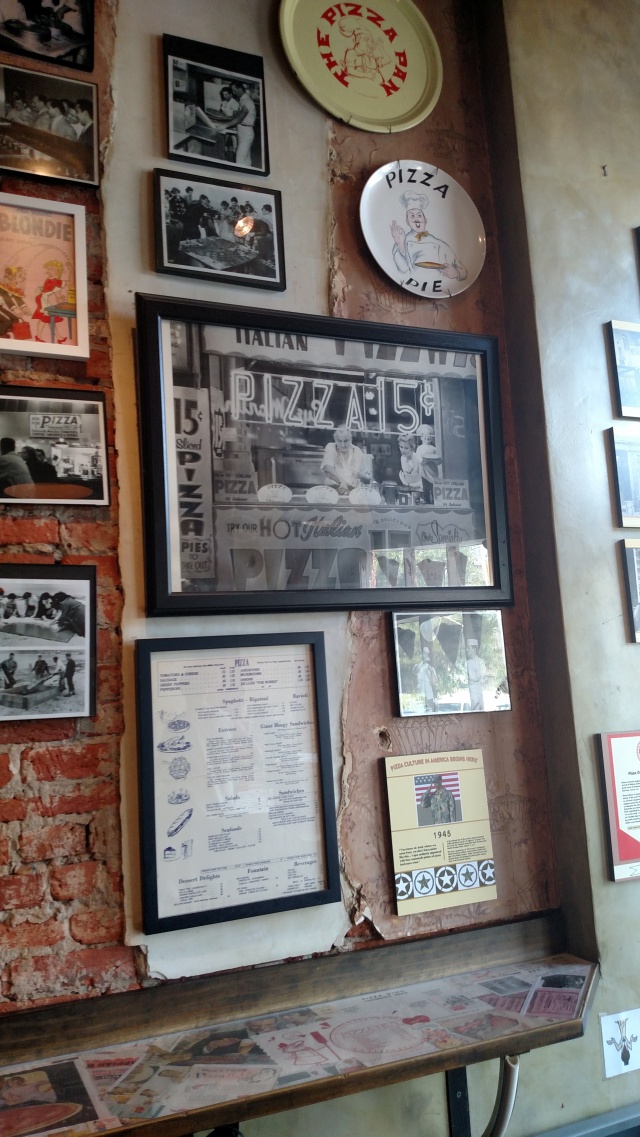 I’m not done raving on this place.  I may be back soon.  And it looks like more is coming. 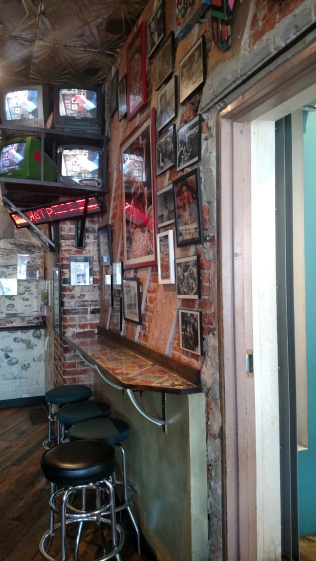 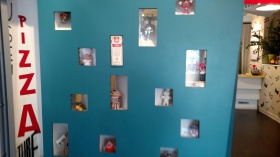 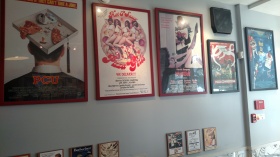 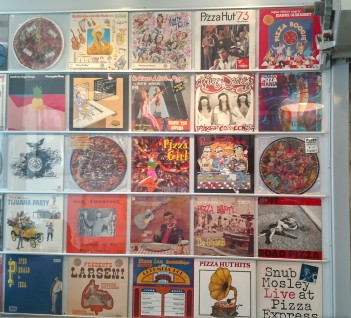 Spacing is limited inside, as the museum gallery and installations (ha I’ve been waiting to say that) justifiably take up a lot of room.  I wish I had stopped by the ice cream shoppe, which shares the space afterwards.  Summer means ice cream and ice cream means summer.  Next time. 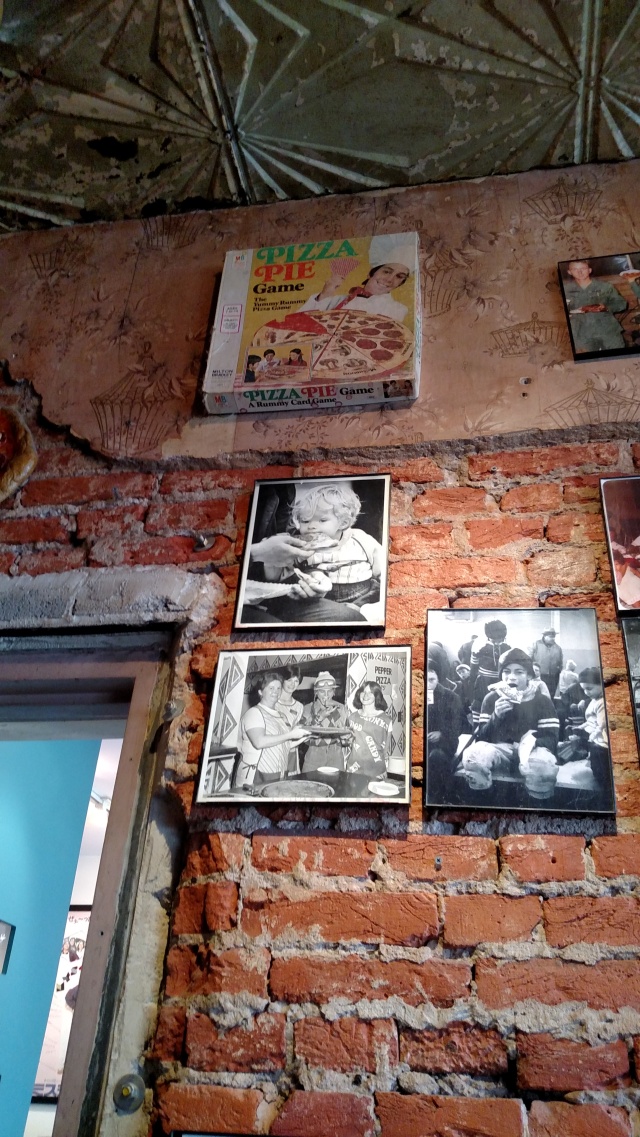 What’s been eating at me while preparing this post, and may haunt me till Christmas. But can anyone tell me where I can find this gem?

Philadelphia brings it once again.  Here’s my growing collection of Philadelphia Pizza Posts! 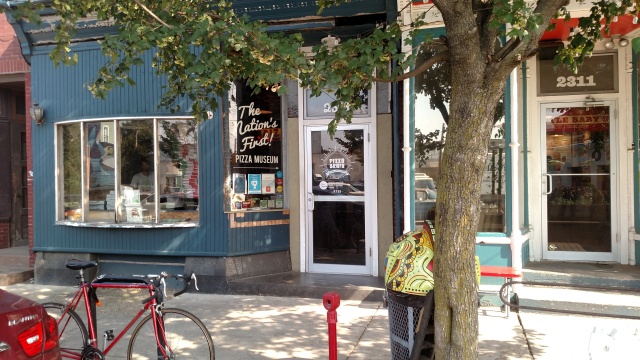 This may continue next week.

Love To You My Friends,