It doesn’t get much better than that.   I’ve been sentimental to our state capitol for as long as I had any sense of to what a capitol was.   So it’s been at least a few weeks.    In all seriousness, I’ve had a love affair with Annapolis, dating back to family road trips and school outings.  Funny how I feel that a 45 minute drive is what constituted as a road trip to me during my childhood.  The little things.

There was just so much joy I found walking around and checking out all that charm there’s been to offer.  When I was a younger it was about eating something yummy, getting some ice cream, and getting some toys.  Now not much has changed aside that the food and sweet treat preferences have been altered ever-so-slightly.  And the toys are still toys but now are just souvenirs.   But otherwise  the love affair is still there.

For me I think it’s the small town feel that I  hope never goes away.  As other cities, towns, and suburbs expand and corporatize with time, I want to believe that cities such as this will remain and the same and stick to its roots.   I understand evolving but I also understand keeping the integrity of what made a place so appealing in the first place.

As I’ve said before, what does this have to do with pizza?  I’ll get to the point.  I asked folks who’ve lived in or around Annapolis about their favorite slices and pies, and the most common and endearing answer has been Rocco’s.  It’s been a mainstay for over 40 years and I’ve chatted with people who’ve been going there the entire time, that it also has always stuck to its roots and remained true to its customers and now their customers’ children.  I’m tickled with joy when hearing this. 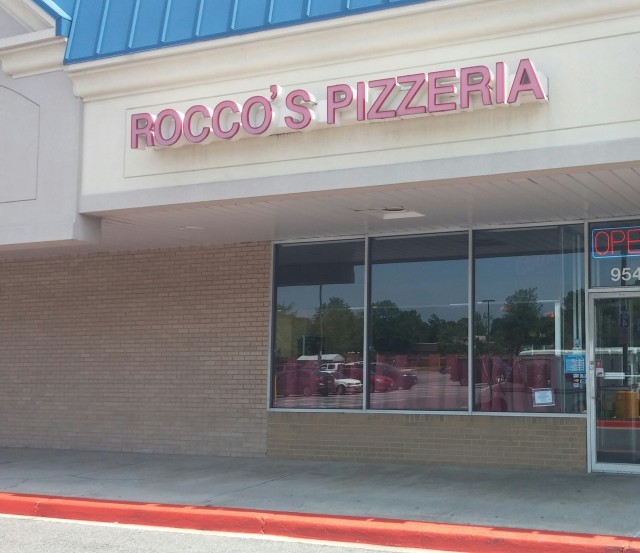 Now while they may not be in the heart of downtown,they are still nestled in an unassuming strip mall in Annapolis City.   Before a year ago I’d never heard of this place and shame on me.  All it took was a blog and a little research to lead me here.

The pizza is phenomenal.   If I was with a group we’d be talking pies, but in this instance, since it was just me, I will be talking about two of their slices.   They only have three on the menu, cheese, pepperoni, and the Godfather, which is in essence their supreme pizza.

I went with the bookends.  If I’m going to get pepperoni, I might as well go for the jugular.

The cheese is pure bliss.  It was greasy and just the right amount of sauce that the cheese gets top billing here and deservedly so.   The crust was thin but not too crunchy.  That’s just how I wanted it.  No matter what mood I’d be in, this slice would work to perfection. It never stood a chance and I devoured it in short order. 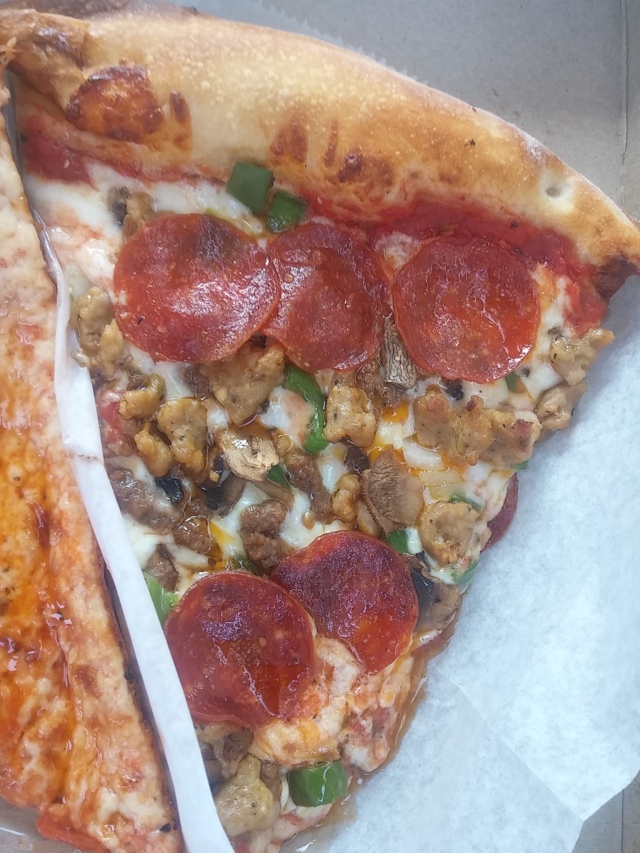 And what can I say about the Godfather?  Oh my goodness those toppings were some of the freshest I’ve had in some time.  All the meats and veggies could be tasted and not with any disdain or preference of one over the other.  The melange worked perfectly.  And in my usual style I picked some off myself and enjoyed on my own.  A few fell off my slices and I was happy to oblige there too.

Two slices was just the right amount to leave me wanting more.  And I want more.

I must say the staff was so kind.   The locally owned and operated energy was felt as soon as I walked in.  There were a few families at respective tables as well as a few little league players enjoying some pie.  The visual makes it feel like its out of a tv show or cinema. Maybe.  But this is as real as it gets.   I want more of this in my general vicinity.

As you can see here, Rocco’s has gotten some deserved recognition.  And it’s easy to see why.

For me it’s not just about the food but also the feeling and soul behind an establishment. It’s just as paramount as the eats themselves.

More is coming as there’s so many events to come this Spring, that I’ll be back sooner than later.

I made my first ever Annapolis Cup last weekend, and it was another reminder of how genuine something can be.  It inspired me to write this post. I wish I had been there sooner.  But I was meant to be there at that time and place, and never before.

I wish I had been to Rocco’s sooner but that’s how it goes.  It was meant to be.  I’ll be back again soon.  Hey it’s only a 45 minute road trip away.

Here are my previous posts about this beautiful place – Neo, Bella, and Mangia.

One thought on “Springtime In Annapolis”