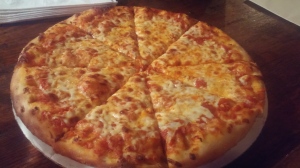 The Fells Point Fun Festival was supposed to take place this weekend.   The universe has decided to make other plans. Weather has become a factor.  In lieu of this, the event will likely be taking place the weekend of October 23rd-25th.   I said I would continue to write about Fells Point establishments and their pizza up until the festival.  I will continue to do just that.

My recap of The Wharf Rat was meant to be posted on the opening day of the event.  I feel this bar, more than most, symbolizes what a great neighborhood bar is all about.  After thinking about it, and with all their fun pizza still fresh in my mind, I thought what the heck.   I shouldn’t let weather dampen my spirits or schedule.  Pun not intended.

I’ve been hanging out here for many years and it’s always had a welcoming atmosphere.   I’ve been to many events and fundraisers that benefited the community, local charities, and the city of Baltimore.

It wasn’t until a few years ago that I even knew they had pizza.  I think I’d just be here for a drink or two and some standard pub eats.   What have I been missing?

Now many folks have pointed out that it’s great drunk pizza.  Well you could say that about most pizza couldn’t you?  I’ve had it a couple of times after a few libations myself.  I’m here to say that it’s good pizza period.

There isn’t anything overly spectacular or glamorous about their pies.  It’s just damn good pizza.  And I think that’s what they intend.   I will say that it’s much better than quite a few of these artisanal joints that charge an arm and leg just to grab a table.  I’ll take this over those an time.

This is a pictures show over several visits. 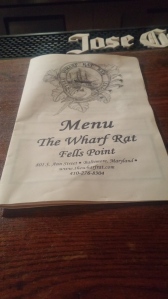 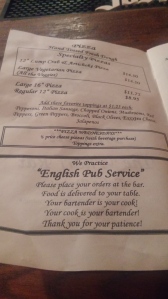 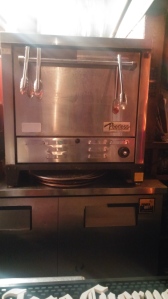 I love that the bartender is also the cook.  It even says it on the menu!  How awesome is that!  So you get to see everything. They prepare the dough, put on the sauce, the cheese, and heat it in the oven.  I love how the kitchen is right there too. This is the pub experience my friends.

And the staff over time has always been so approachable.  I’ve never had an issue over anything, except other than myself being a tad under the influence. 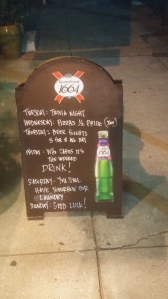 I was there on a recent Wednesday and didn’t even realize that personal pies are half off with the purchase of a cold on.   I felt like it was my lucky day. The air seemed fresher, people seemed nicer, and I felt like I could change the world.  Well maybe not that last part just yet.   But their cheese is just a fun pizza. No thrills, no gimmicks, no shenanigans. 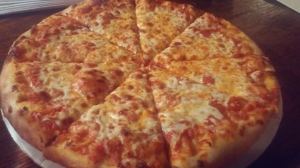 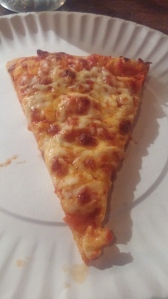 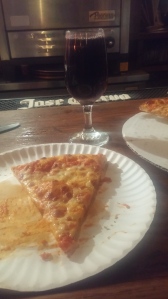 One of the major stand-outs of their pizza is how crunch their crust it.  It’s part of the reason I go and will keep coming back. I don’t know if it’s the magic from the dough, the way it’s rolled, or their oven, but I so look forward to that crispness.  It feels so good with each bite.  I take my time with it. 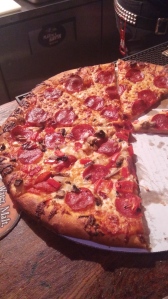 I joined a group late to share a half-pepperoni and half mushroom pie with pals.   The photos will show a bit more of an impromptu experience.  The toppings are always fresh too.  And the mushroom bits were very tasty. That’s one of my favorite items on a pie and this pub only further enhances that. 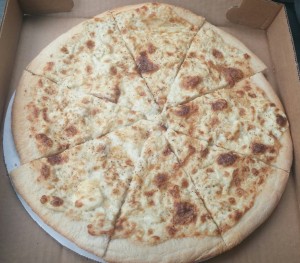 I was going to leave it at that but very recently I grabbed one of their signature pieces.   Here is their Lump Crab and Artichoke pie!  I got it to go but this was too good to not write about. You’ll notice it’s thinner than the other pizzas.  It was prepared differently.

The crab meat is the sauce and it was delicious.    The slices were thin and for this instance it worked perfectly.  It was like eating a crab dip pizza on a very thin crust.   Even though the crunchy dough experience was not as prevalent, I found it just as pleasurable to eat.

One thing I feel good about is I like this bar even more now.   Just me writing about this experience has made me appreciate it that much more.   There’s been times I drive by the Ann Street spot and take it for granted.  For many folks driving into the neighborhood it’s the first bar they see.   I’ll make more of an effort to walk in more and not just park myself in the art of all the action.  The fact that it’s just off the beaten path adds to their charm.  I’ll see ya there! 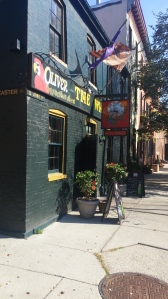 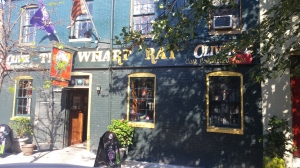 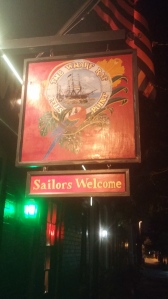 Leave a Reply to Picture This by Frank Cancel reply